To start this off I would like to state: my house is DONE. Yes, yes, yes. I know. Who would have thought I would finish? Not me. Just kidding. (Kind of) My second statement is this past weekend was the first official Tiny House Conference (THC), and I was there! And I presented. *whispers* the video should be out soon; check here. You will notice if you have been following the THC  I was supposed to bring my house. But for those of you that don’t know: I was supposed to bring my house.
My house did not make it. And you can thank the expletive hauler. The horror story started last Tuesday. The hauler e-mailed my mum and asked if he could haul my house on Tuesday instead of Thursday to which we replied no. The house is not done yet. He showed up anyway. And leave us with the comment, “Pretty good for a couple of girls.” At this point my mother and I had a bad feeling about this guy, but we didn’t tell each other. Why? I have no idea.
So Thursday night arrived, and it was time to move the house. Take note that the house was finished about one hour before the guy came, so it was practically like our newborn baby. The moment he took off I instantly regretted having him come. He lurched forward and I could hear all the pops and cracks from the wood shifting inside. The biggest heart attack happened when instead of backing straight off the slab (as we told him) he went off the side, and as soon as the first wheel came off the slab, it popped off. No, I am not joking. Most sane people at this point would have said, “Put it back on the slab; we aren’t moving the house.” Not me. I thought, “Oh I can just pull it into the neighborhood and fix the tire and it’ll be great!” Then he started running into the fence. Not once, not twice, but three times. Which in turn banged-up the edges of the house. Then he ran into the branches from the tree just outside our gate, peeling and bending back the metal roofing.
At this point both my mother and I told him to put it back in the yard. We didn't trust him to take it to the conference. He totally ignored us and pulled it into the neighborhood. Then stepped out of his truck and said, “Well, I don’t know what to do with it now.” If looks could kill at that moment, he would have been ten feet under. I am proud that neither my mother nor I laced our sentences with every curse word imaginable when we said, “Just put it in the yard; we aren’t taking it.” To which he replied, “If I can.”


Let’s just take a moment to comprehend this. Imagine all of this and throw in a condescending voice and looks. Anyone would be ready to fly off the handle.  He finally forced it into the yard and left with the comment, “I’m sorry you couldn’t get your house out.” After the anger had gone away, the hurt set in. It hurts when you work so hard, for so long and somebody comes in and (basically) trashes all you have done.


On a lighter note: the THC was great. I got to meet so many of the people I have been following online. For example I got to meet Dee Williams who is basically the queen of the Tiny House Community, and Macy Miller with MiniMiller, the first Tiny House baby.  I have to admit I was a bit star struck.

But I think that wraps it up. Upcoming blogs will include a better version of a tour, budget, and my first actual night in my house. It’s unbelievable that just a few weeks ago it looked like this: 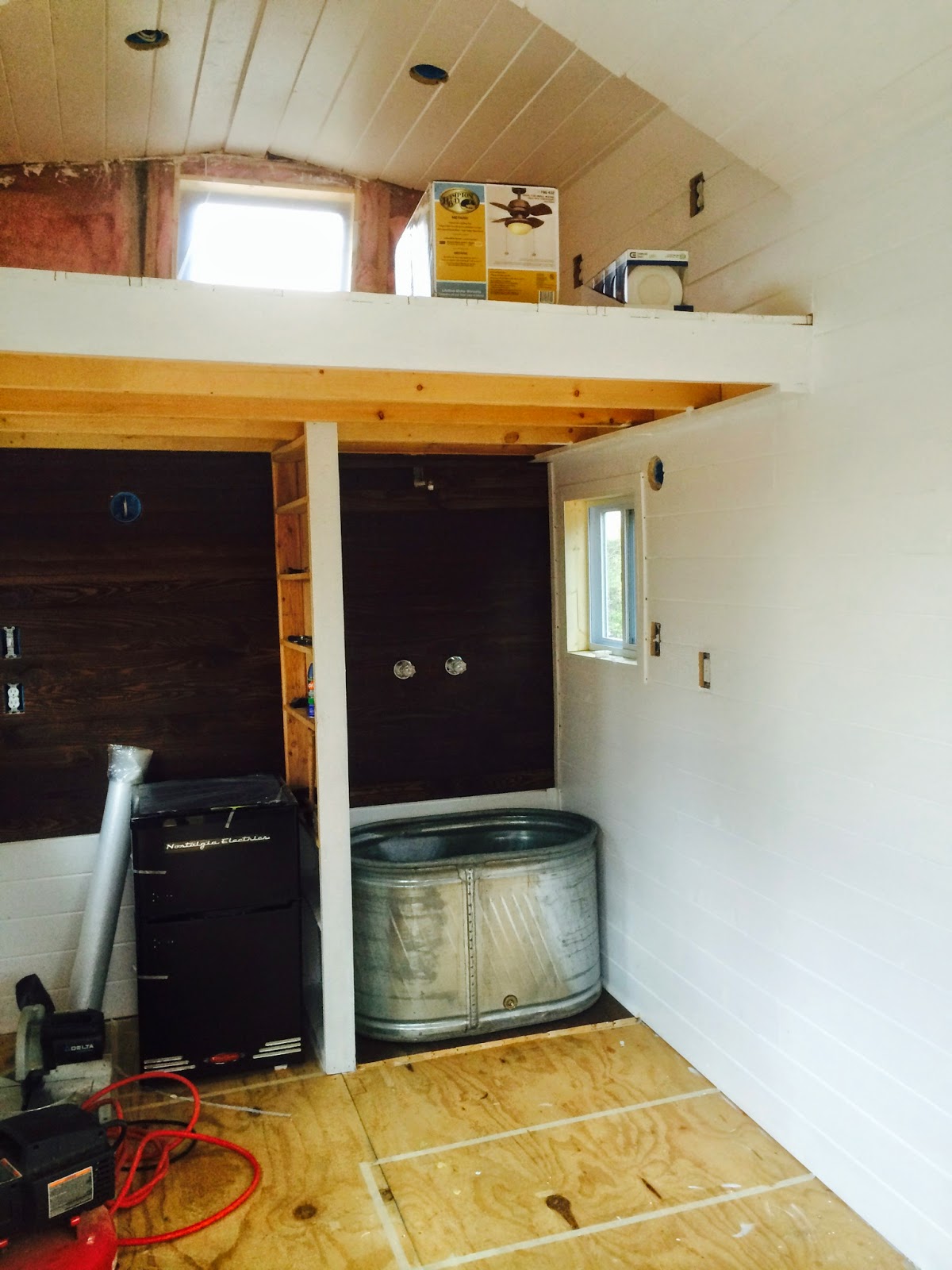 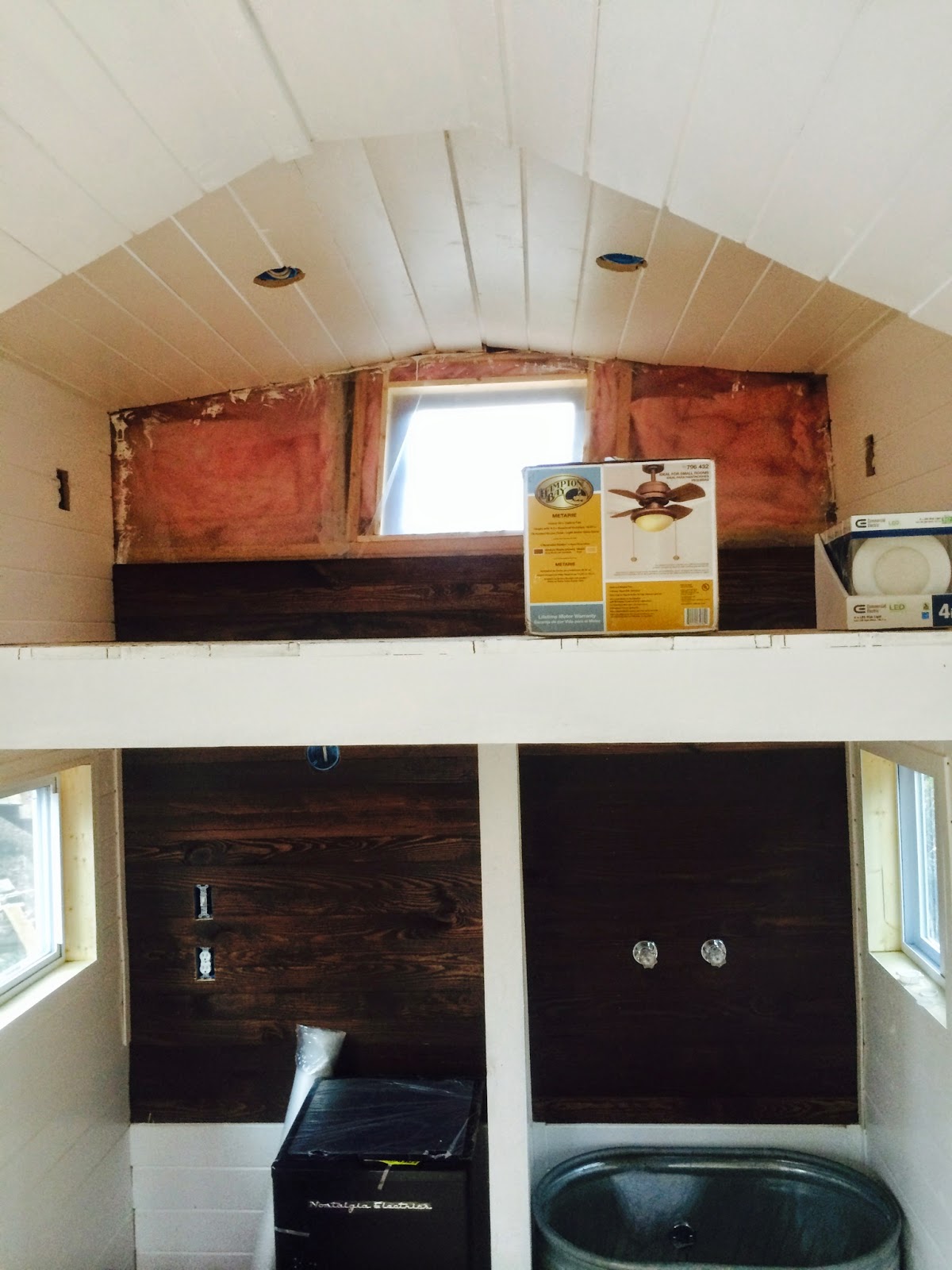 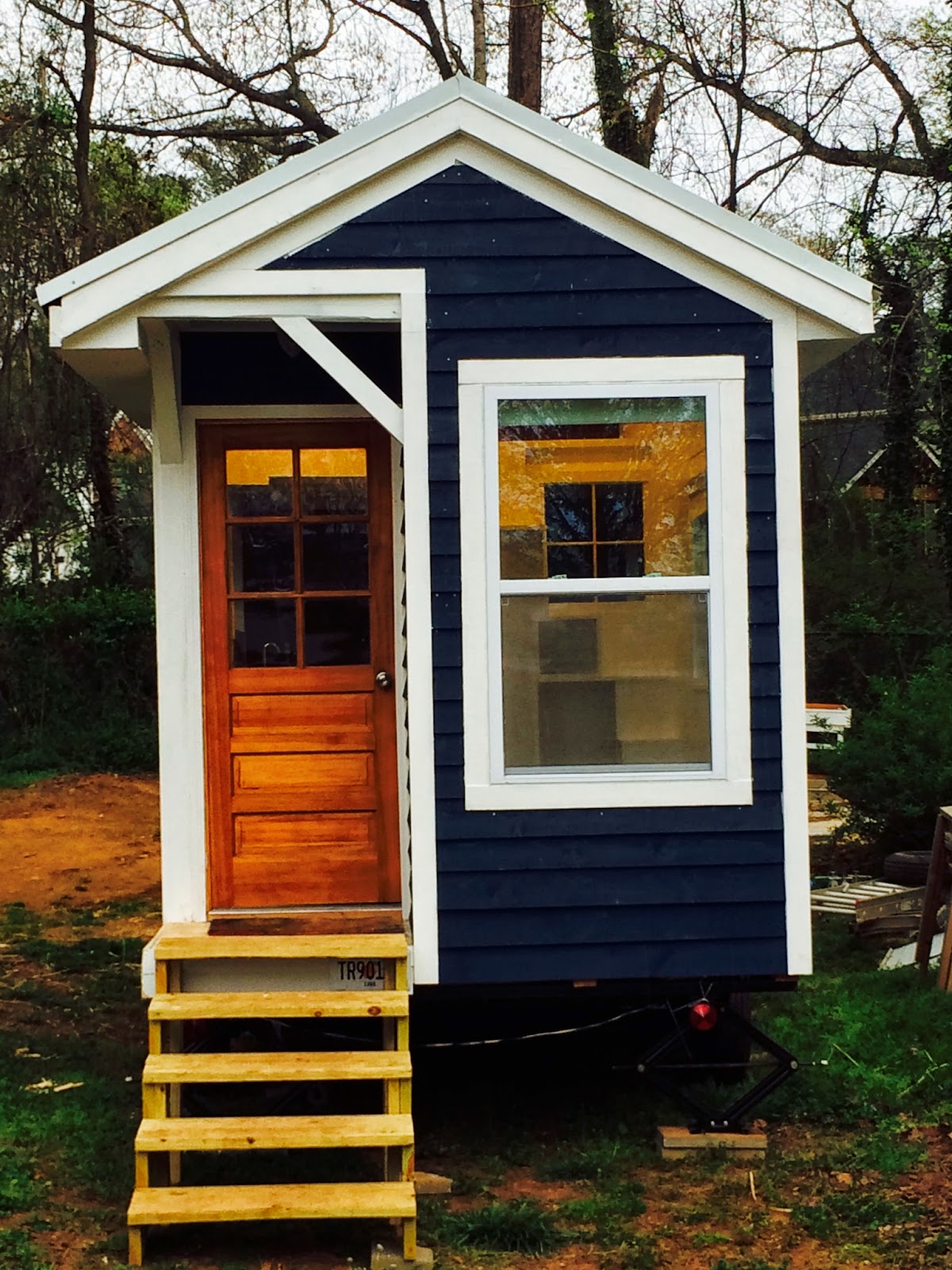 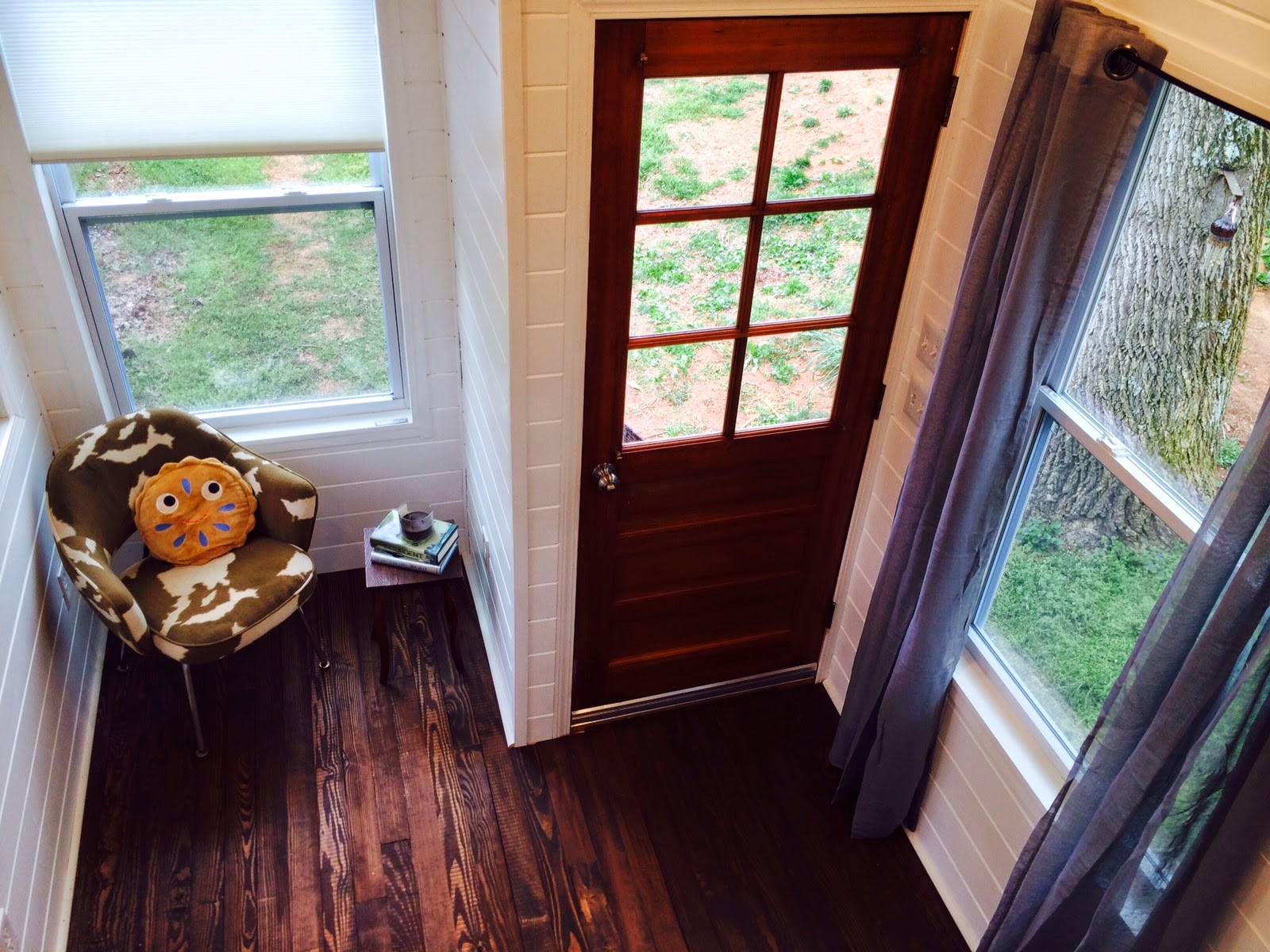 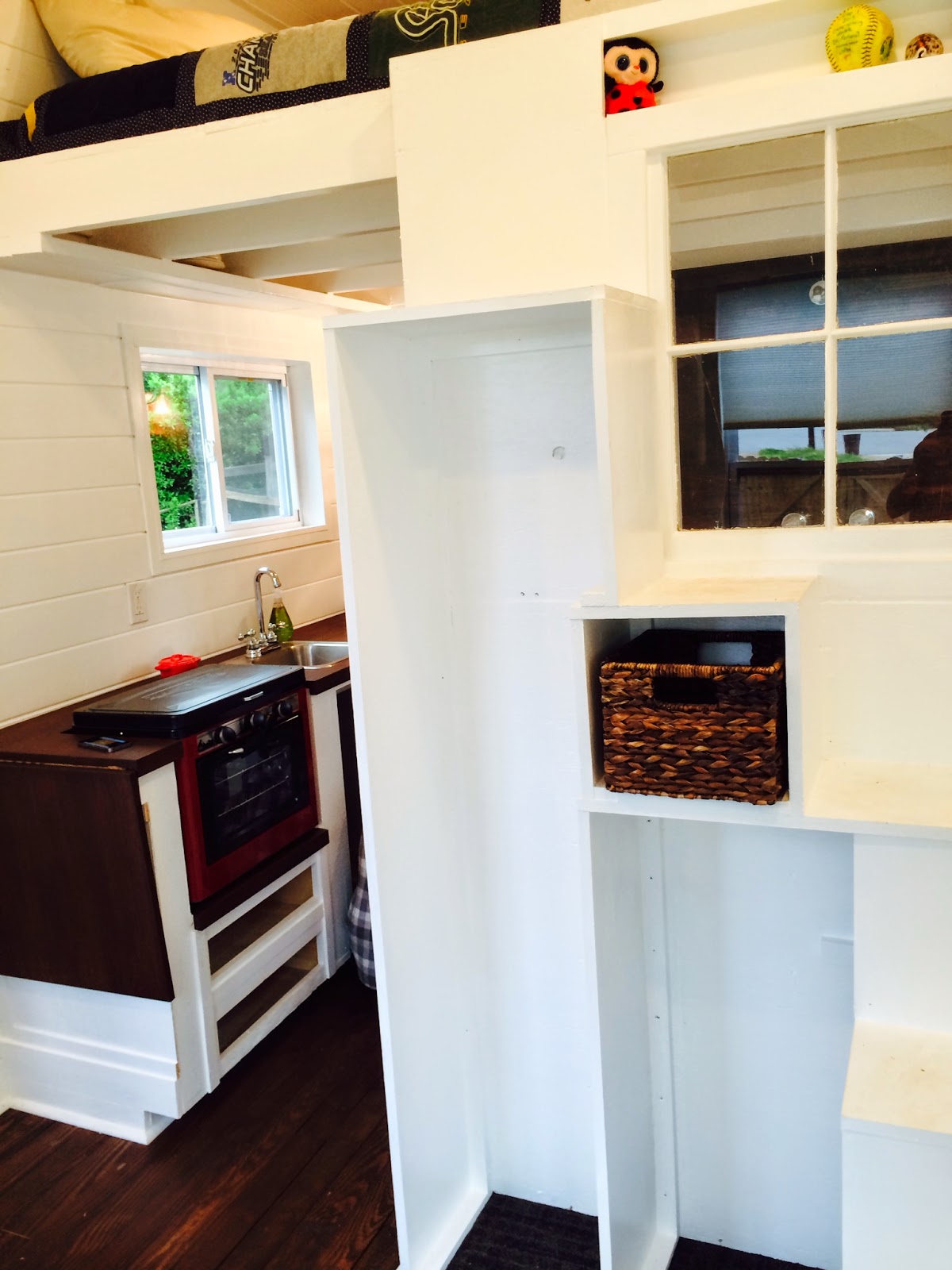 So now that I’m finished with my house…which one of you is next? What’s holding you back? If a thirteen-year-old girl can do it, why not you?
Posted by La Petite at 8:39 PM

Help Support the Next Project!